And Just Like That… recap: Season 1, Episode 5, "Tragically Hip"

Last week, we talked about how there is always a danger in bringing back a beloved property like Sex And The City—a chance that a twenty-years-later production could tarnish the original. But I’ve been thinking about this a lot since then and let’s face it, SATC was already tarnished (and not just because of my oft-cited SATC2). There are a variety of current circumstances that poke holes in the opulent Manhattan wonderland of And Just Like That…. Most disturbingly, the fact that Chris Noth has been accused of sexual assault by several women since AJLT debuted. Willie Garson died of pancreatic cancer, and his character’s departure from the series, as noted last week, was barely more than a plot footnote.

And of course, Kim Cattrall has been extremely vocal about the fact that she did not want to return to the SATC universe. It’s reported that the plot of AJLT actually draws a lot from the script for the third movie, which got tossed when Cattrall refused to get on board. This sucks because a lot of the magic of the series’ first go-round was due to the chemistry between all four women—without Samantha, a lot of that spiciness is gone. Charlotte seems even more Pollyanna-ish, while Miranda just gets sadder. 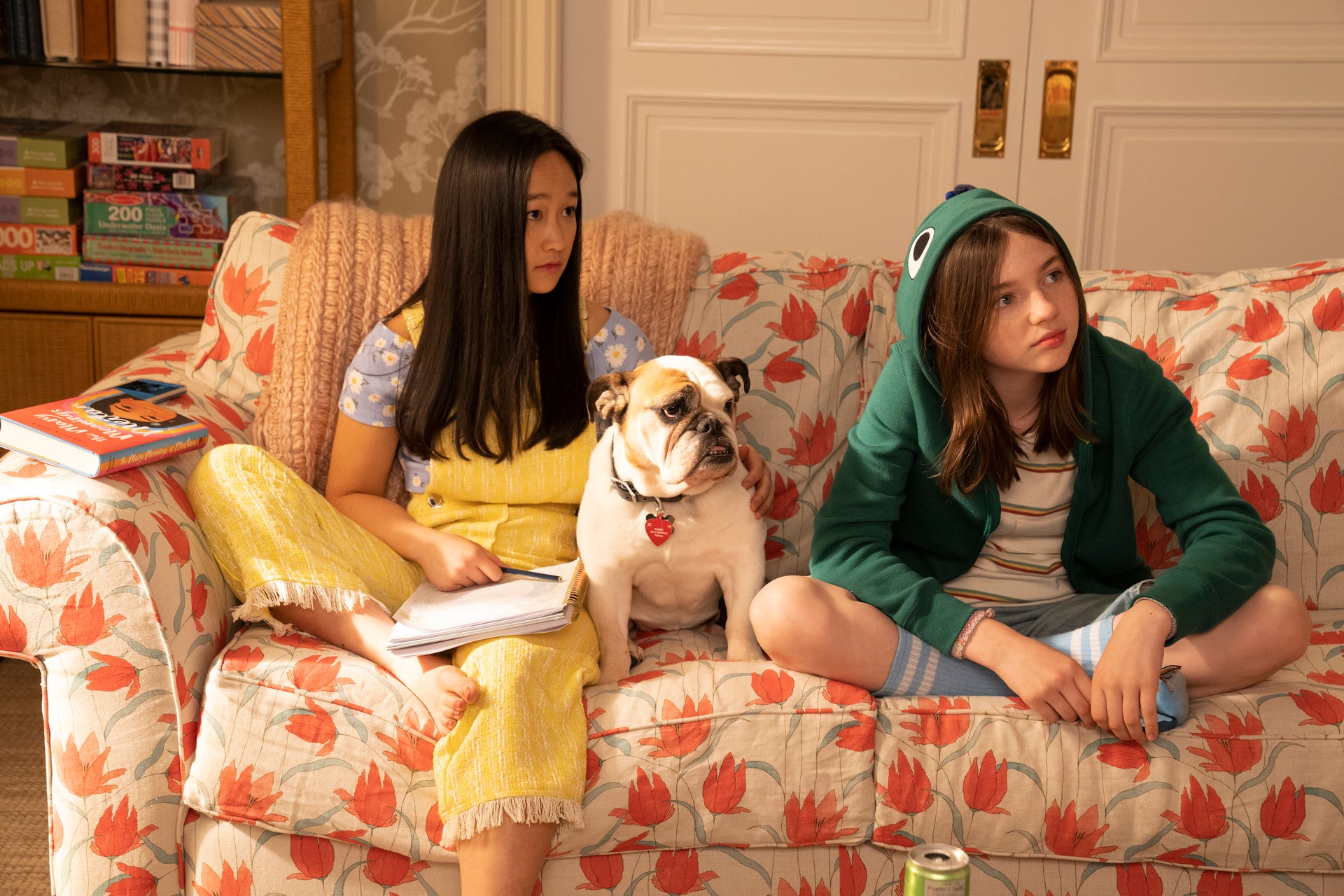 You can tell how much Sam is missed because when the series does even mention her—the flowers at Big’s funeral, the funny text messages this episode—her loss is even more acute. What’s worse, it almost seems like a tease: Believe me, no one would be happier than me if Samantha managed to make a guest appearance in this series by the end of the season, but unfortunately I just don’t think that’s going to happen. Which just makes it all the more painful when she appears (but not really) in an episode like this one.

“Tragically Hip” sure needed something, anyway, and that something was not two separate scenes of Carrie Bradshaw Preston urinating. I am trying my hardest to come up with possible reasons for the Carrie hip surgery storyline, and except for a too-short Baby Jane impression by Anthony, I can’t come up with any. (And this episode was written by Samantha Irby, who I really like!) There must have been some other way to kick the timeline ahead three months, so that Carrie can (conceivably) start dating in a few episodes or so.

But instead, we were stuck with bedridden Carrie yet again—anyone else think that her back pain could possibly be related to all those stilettos over the years? To that end: Who wears extremely high heels with said back pain? Who keeps their heels on on the examination table at the doctor’s office? Who wear pearls over their hospital gown, for god’s sake? Carrie on pain meds was mildly enjoyable, but that was about it.

Honestly, I have so many issues with this episode, I thought about submitting this review entirely in question form. Who just stops by a hospital room without calling first? Who invites that person up to the room without checking with the actual patient? After that fiasco, who in their right mind would then stop by unannounced again at this same person’s apartment? Who would sit down on their friend’s toilet without shutting the door? Just from a pure logic standpoint, moment after moment, very little about this made any sense at all.

And who would have sex with their recuperating friend’s boss in her very kitchen: Miranda, I guess. Miranda and Che hooking up was as inevitable as taxes or death, and I still can’t get over the fact that Che just sounds like an inspirational bumper sticker the vast majority of the time. Yet the post-Che moment gave us a scene that showed up just why Cynthia Nixon is a mere Oscar away from an EGOT, why she is such an amazing actor even with all the horrible crap she’s been handed on this show.

The interesting thing about dealing with women in their 50s is not only the physical ailments that will unfortunately only become more frequent as the years pass (oooooh, congenital birth defect, gotcha). If you’re in an unhappy mental state, that too will only become more acute as you get older. If you’re miserable at 55, like Miranda is, you are well aware that you only have a few decades (if you’re lucky!) to figure that shit out. This may make you enter into some behavior even more questionable than some stuff you did in your 30s—like the tequila-drinking, extramarital-sex-having.

Nixon, somehow, manages to convey all of that. She is euphoric after her tryst with Che—even though Carrie is obviously pissed (ha) at her, she can’t stop smiling. When Miranda finally cracks and reveals how unhappy she is, it’s as if the floodgates have opened, and it’s clear that she won’t be able to go back to the person she was before. If the cliched pouring the alcohol down the drain is in fact the end of Miranda’s drinking issue, perhaps that’s because the drinks were merely an attempt to cover up the real problems that were bothering her.

Other than Nixon’s Emmy reel, my only other favorite moments this episode came from the continuing story of Rose/Rock. As I’ve mentioned, this is absolutely spot-on with the tweens/teens I see at my kids’ schools. Many are changing names and/or pronouns, some are binary changes, some are not (the laundry list of the various gender-related issues now prevalent in middle school the teachers ran down was pretty on-target). Hard to believe that Charlotte would be shocked at the therapy/counseling suggestion, though—it would be more surprising if half the kids at a school like Rock’s weren’t in therapy, honestly, especially post-pandemic. Nevertheless, this storyline rings true because it brings up questions parents like Charlotte and Harry would be grappling with, all the while trying to do the best for their kid.

It’s leagues more relatable than hip surgery, say, which is capped off by fat-shaming, of all things? Honestly, at this point we’re halfway through And Just Like That…’s initial 10 episodes and despite a few bright moments, I can’t help but lean toward wishing that the series hadn’t come back at all. For one thing, although I cried buckets during Big’s funeral, and despite all the cast members giggling at each other’s one-liners, I don’t think I’ve laughed once. One last question: Is the cachet built up from SATC enough to land this sequel series a second season?

Yep, that "moon hut" is definitely just a rock

Betty White suffered a stroke six days before her death

Amazon cancels I Know What You Did Last Summer

Bleachers to play on Saturday Night Live instead of Roddy Ricch

Fez was supposed to die during Euphoria's first season

Nicolas Cage prefers “thespian” to “actor,” thank you very much