Dexter Morgan has never taken naturally to parenting. As much as he talks about being grateful for this second chance to be a father to Harrison, when it comes to being a dad, Dexter’s aptitude has never quite caught up to his ambition. He barely knows where Harrison is half the time, and his interest in his son’s life only crests when Dexter gets another hint at their shared bloodlust. But there’s one parental edict Dexter has effortlessly incorporated into his new life: Do as I say, not as I do.

“The Family Business” finds Dexter giving into the temptation that has been slowly consuming him all season, the temptation to steer Harrison onto the same path that Harry once showed him. The problem is that nothing Dexter has done since ending his streak of abstinence resembles anything from Harry’s code. He’s tried to keep to the part about not getting caught, but he’s been extremely sloppy even in that regard. His sloppiness and lack of discipline have gotten him into all kinds of trouble, hence his delayed effort to get rid of Elric Kane’s body. Yet somehow, he thinks he’s in a position to teach Harrison how to carry on a proud tradition he barely adheres to himself. 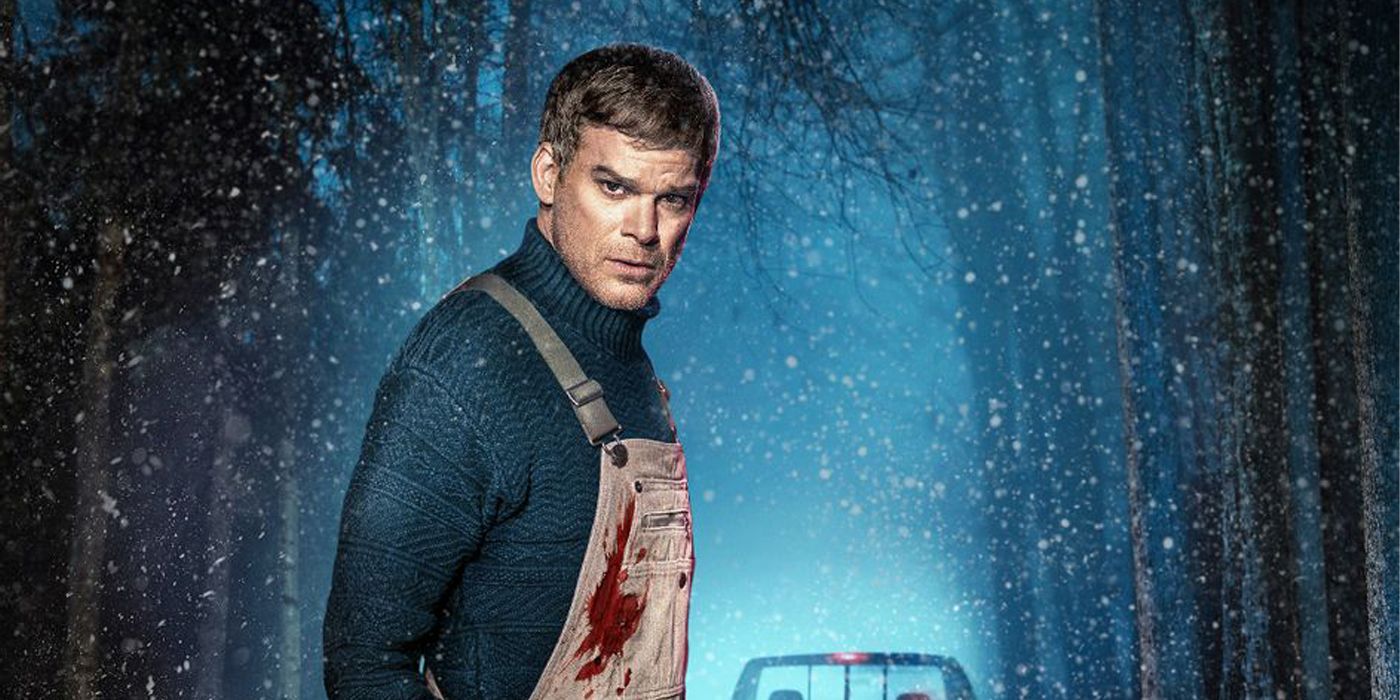 Or maybe “proud tradition” isn’t quite accurate, considering the episode begins with Dexter still trying to ashamedly keep Harrison in the dark about the full extent of his former life. After rescuing Harrison from Kurt Caldwell and his rifle, Dexter sits Harrison down by the fire and recounts the tale of Wiggles the Clown, a previously unseen child murderer Dexter dispatched. Dexter walks him through the process one step at a time, but when it’s time to actually do the deed, Ghost Deb (whose function has gotten increasingly murky) convinces him to pull back. “You’re like Batman,” says Harrison, in the episode’s first but not last comparison to Bruce Wayne. “Pretty much,” says Dexter, leaving out the bit about how his vigilantism is far from bloodless.

But that act can’t last since, contrary to Dexter’s wishful thinking, Kurt Caldwell didn’t actually skip town following the dust-up at Kurt’s cabin. Instead, he shows up at Angela’s place with gifts in hand, since it’s Christmas after all. Kurt feigns good tidings for Dexter and they lob barely veiled insults at each other. Once Dexter and Harrison know Kurt still represents a live threat, they set about neutralizing him beginning with a survey of Kurt’s cabin using the drone Kurt gave to Harrison way back when. They discover a vent not apparently connected to anything, and when they go to investigate it, they find a hatch leading to all the work Kurt has been doing all season and for years before.

Inside the hatch is Kurt’s embalming and restoration workroom, and further back is a collection of Kurt’s victims that is part crypt and part wax museum. Dozens of bodies of young women are expertly preserved, each in her own standing display case, including the body of popular podcaster Molly Park. Once Harrison has seen his former mentor’s life’s work, he knows that a bloodless confrontation would be enough. “You killed Wiggles,” says Harrison, a line that apparently isn’t supposed to be hilarious. And at long last, against the pointless protests of Ghost Deb, Dexter confesses the whole truth to Harrison. He kills murderers so they’ll never be able to kill again.

The opportunity to demonstrate the family business comes quickly, just as soon as Kurt and the Morgan-Lindsays are finished trading places. Because while Dexter and Harrison have been coming after Kurt, Kurt’s been coming after them too. He shows up at Dexter’s cabin, sprays fuels all over it, and sets it ablaze, planning to shoot Dexter and Harrison when they rush out of the fire. Naturally, that doesn’t happen because this is a very stupid plan, and Kurt’s phone informs him via trip-wire security system that his inner sanctum has been breached. As Kurt is rushing to pack a bug-out bag and skip town, Dexter shows up with his syringe and prepares to show Harrison the next steps of the protocol.

As is often the case with Dexter, the episode gets most interesting when it’s time for Dexter to put his prey on the table and give the last rites. These scenes are usually a duet between Dexter and the Big Bad, but Harrison’s presence is a game-changer. Harrison insists on watching the whole ugly ritual, even though Dexter gives him multiple opportunities to look away, and he doesn’t seem thrilled about how the proverbial sausage is made. For one thing, Kurt mentions that Dexter killed Matt, which is probably not something Harrison wanted to hear from Kurt if he was going to hear it at all. Dexter hastens to add that Matt fits the code, and Kurt is totally confused upon finding out that this was Dexter’s pretext for killing Matt all along.

That beat is especially important because while Harrison is trying to figure out if Dexter is actually following the code, he’s also trying to figure out if the code is even worth following. Dexter hacks up Kurt’s body, and as the pool of blood comes rushing toward him, Harrison has traumatic flashbacks to his “born in blood” moment. It’s a terrific sequence thanks in large part to the sound design full of the wet, frictional sounds of carnage clean-up. Harrison wouldn’t be the first to consciously avoid the family business, and his reaction to Dexter’s handiwork makes him appear on the precipice of rejecting Dexter’s example. After all this time spent thinking Dexter was trying to reject him, Harrison may actually be the one to reject Dexter.

Netflix is raising prices by $1-$2 a month

Bleachers to play on Saturday Night Live instead of Roddy Ricch

The Book Of Boba Fett recap: Season 1, Episode 3, "The Streets Of Mos Espa"