The only reason you’d be watching Ray Donovan: The Movie is if you’re someone who religiously watched the show and was caught off guard by its abrupt cancellation. Even then, you might not be sitting down to watch this movie because you’ve watched Ray Donovan and you’re probably aware of its ever-diminishing returns across seven seasons and its incessant commitment to laborious, dour, cold storytelling. Do we really need to know what happens to the Donovans if the intrigue fizzled out so long ago?

Premiering January 14, Ray Donovan: The Movie doesn’t make much of a case for its own existence. This is perfunctory storytelling, a rather artless and dull 100 minutes that does nothing but check off a few predictable narrative boxes. When the show was canceled, seemingly out of nowhere after being a stubborn stalwart of knockoff prestige TV over at Showtime since 2013, you could say some of the story was left unresolved. But that would imply that the drawn-out feud between Ray (Liev Schreiber) and his father, Mickey (Jon Voight), had any gas left in the tank. 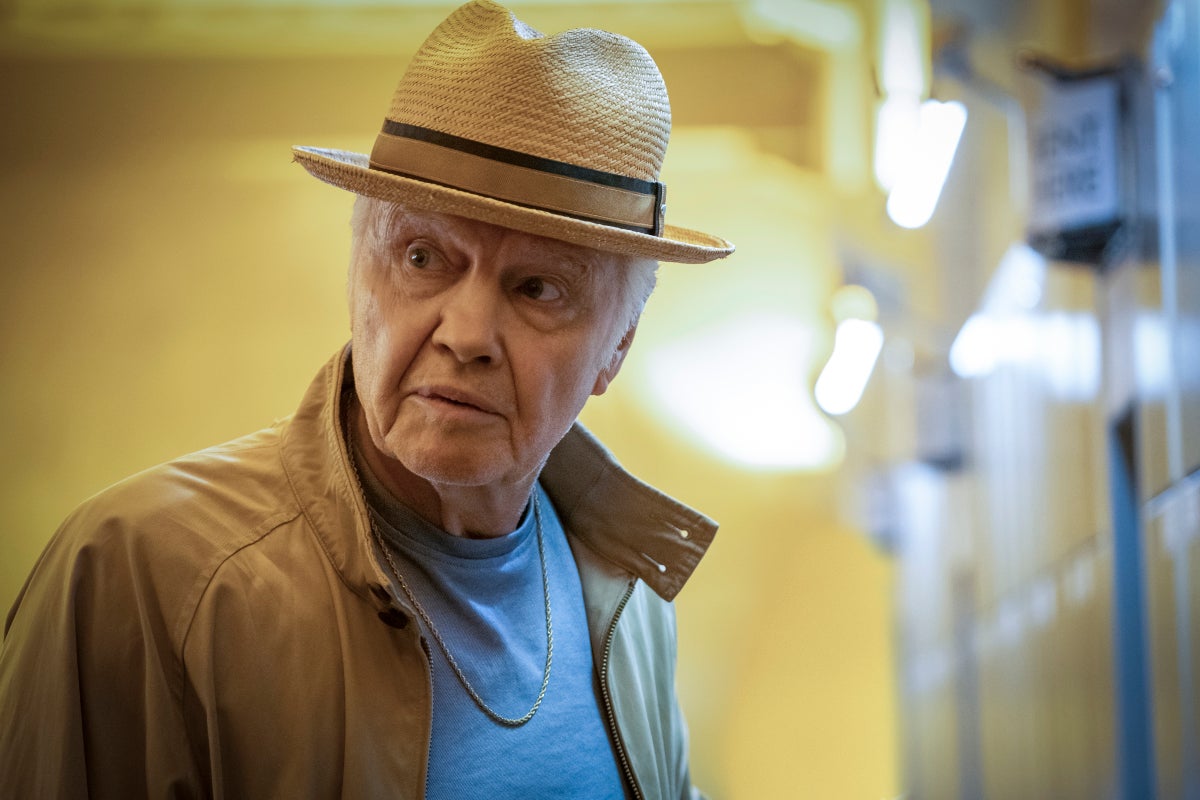 The film picks up where the season-seven finale left off, with Ray burying Jim Sullivan (Peter Gerety), Mickey on the run, Smitty (Graham Rogers) dead, and the Donovan family once again drawing their own familial battle lines. Early on in the show’s run, so much of the focus was on Ray’s job as a Hollywood fixer, the guy who could clean up any trouble celebrities got themselves into. As that well ran dry and the storylines became repetitive, the show attempted to pivot toward family drama, digging into the Donovans’ past in an effort to explore how trauma can be passed down through generations.

Much of Ray Donovan: The Movie reckons with the very identity of the Donovans, peeling back their layers of toughness to reveal the broken men hiding underneath. Ghosts both literal and figurative haunt the family. We meet Abby as a young bartender (played here by A.J. Michalka), befriending Ray, long before Ray would marry her and then watch her wither away, her death consuming him and pushing him over the edge. There’s Bridget (Ashley Devane), of course, the lone sister of the Donovan boys, who died by suicide as a girl after she was raped and impregnated by Sullivan. We watch, in a flashback, as the priest presiding over Bridget’s funeral tells Ray that he’s being sent to another church, though the damage to the Donovan boys has already been done.

All of this is to say that there’s a lot of doom and gloom throughout Ray Donovan: The Movie, but none of it feels all that meaningful or interesting. The film is aiming for an emotional weight that just isn’t there. The last few seasons saw Ray constantly chasing down his father and wondering if he could kill him and relieve the family of his chaotic, violent control. We saw him pull a gun on his father then change his mind so many times in the last few seasons that any sort of confrontation here has no real emotional heft, and most of the movie is built around Ray’s uncertainty about ridding the world of his father, which is well-worn territory at this point.

The film does try to keep the eventual outcome mysterious, but the storytelling is so blunt and predictable that it’s hard not to roll your eyes at what are meant to be dramatic moments. It also doesn’t help that Ray Donovan: The Movie continuously hits you over the head with its theme of family trauma. “Shit runs downhill. From father to son, father to daughter,” muses Ray early on, as he tells his therapist (played by Alan Alda, who brings a gravity to his performance that the film doesn’t deserve) about how the way he’s lived his life has affected his daughter Bridget (Kerris Dorsey). That’s about the level of nuance you can expect here, as the film is constantly telling you what it’s about.

Ray Donovan: The Movie, and the series in general, is filled with this kind of empty, faux-psychological ideas. Nothing about Ray’s backstory here, where we learn a secret that explains a lot about Ray and Mickey’s twisted relationship, gives us any new, meaningful insights into who Ray is or why he finds it impossible to escape his violent life. The film acts as if violence begetting violence is somehow a revelation, when that’s always been obvious. We’re numb to the revelations at this point. Oh, does Ray have a complicated relationship with his father? We know. Has Bridget been warped by her tumultuous childhood and exposure to violence? That’s already been established. Are Terry and Bunchy and Darryl the product of being too close to Mickey? Yes, we’ve known that for a long time now, that’s what the last few seasons of the show are explicitly about. There’s nothing new here.

If you’ve stuck with Ray Donovan this long, you deserve better than this ham-fisted, sullen conclusion. Not that there’s been much to like about the series in general, but Ray Donovan: The Movie is an abysmal slog, filled with blunt imagery, tired themes, and truly sluggish pacing. Ray Donovan goes out the way it came in—sulking, dull, and with nothing to say.

What's On TV, January 14 and 15: Apple TV Plus Tragedy Of Macbeth

Paramore's first new album in five years is on its way

John Cena will ensure America embraces Peacemaker, even if he has to kill every last one of us

Oscars 2022: This year's ceremony will have a host

Review: Cat Power’s Covers is a rich album of many moods