When your career begins with the Smothers Brothers and ends with you playing an all-time great TV character on Curb Your Enthusiasm, you’ve done enough to warrant an entire docuseries. HBO’s tight, 75-minute The Super Bob Einstein Movie about comedy legend Bob Einstein is far from that.

It’s not a complete examination of the late comedian’s career or life. But it’s still a worthy tribute to a singular comedic voice. Because the documentary focuses on the main topic the man known as Super Dave Osborne to so many would want the movie to focus on. And that’s just how damn funny he was.

If you’re looking for a deep-dive into the hidden psyche of a great comedian, The Super Bob Einstein Movie is not that. His wife, daughter, and grandkids briefly appear to discuss the man he was away from the screen. And his famous brothers, Albert Brooks and Cliff Einstein, provide insights into the man “Bobby” was. They share stories about what he was like as a sibling. As well as telling tales from their childhood. Like how Einstein’s relationship with their comedian father shaped his own unique approach to the business. And how their father’s death made Bob Einstein’s career in comedy so unlikely.

The film provides just enough information to give a sense of who Curb’s Marty Funkhouser really was, but without ever spelling it out for the audience. By the end, you’ll have an idea of why a man with some anger issues was still so beloved by everyone who met and worked with him. And it does that without slowing down the documentary from its true purpose.

And that purpose is to let you know why Einstein is deserving of a documentary in the first place. That story begins with him breaking into Hollywood as a writer and performer for The Smothers Brothers Comedy Hour, a time in his career that saw him working closely with Steve Martin, who talks about their partnership in the film—and he’s far from the only big name to participate in the doc. The sheer star power of this movie is a worthy homage to Einstein, including interviews with comedy luminaries like Norman Lear, Jerry Seinfeld, David Letterman, Sarah Silverman, Jimmy Kimmel, Patton Oswalt, Rob Reiner, Tommy Smothers, Larry David and the other stars of Curb, and a whole lot more.

Rapper Money-B also appears to talk about why the hip hop community related to Einstein’s most famous character, Super Dave Osborne. It’s one of the most revealing moments of the film, when you see just how popular the character was. 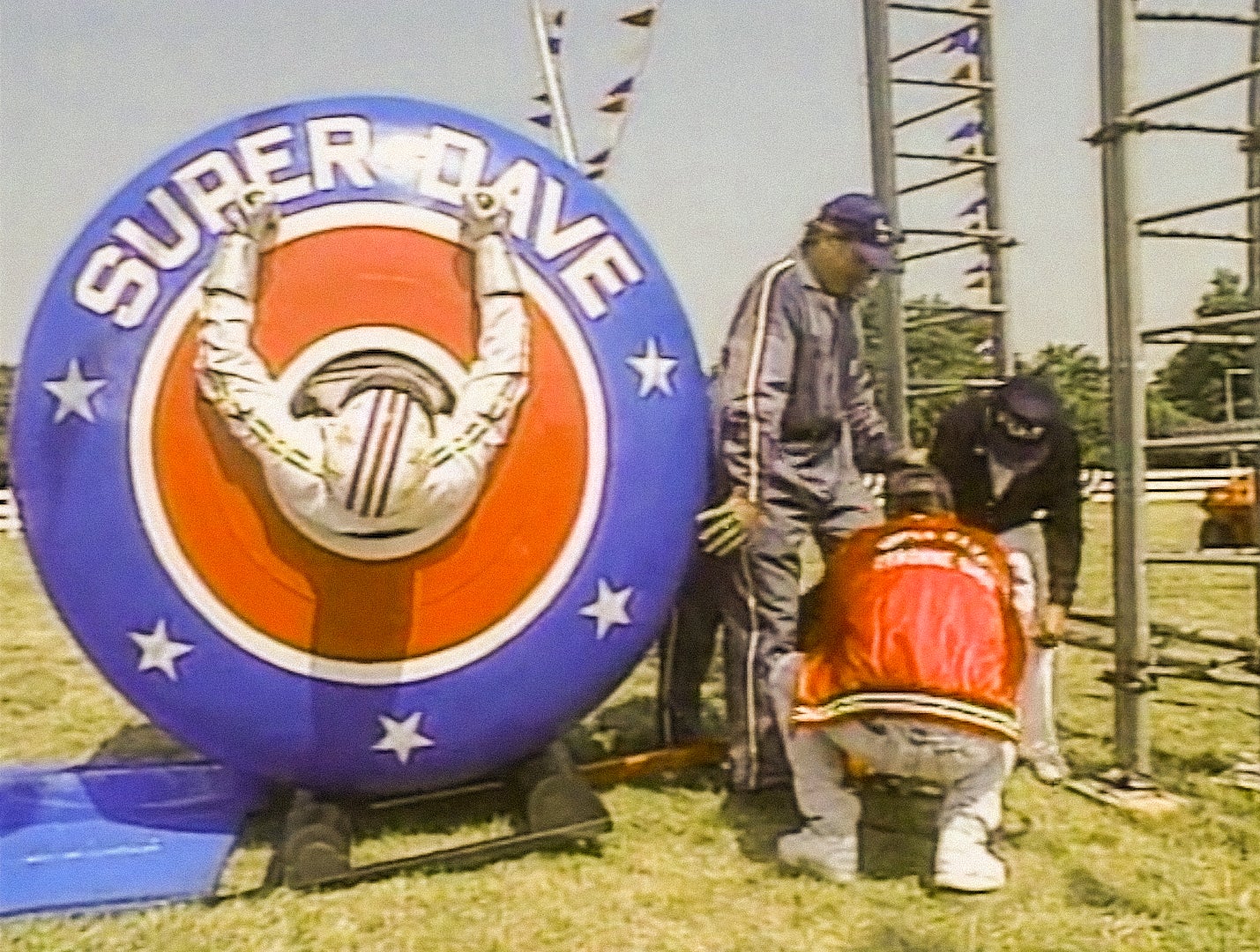 The movie also successfully conveys why both Super Dave and Einstein became a memorable performer without being pretentious or ruining the joke. Writer-director Danny Gold smartly elects to have the comedians who knew and admired Einstein watch clips of him performing. It allows them to comment directly on what made him so funny while letting us see exactly what they mean. It makes perfect sense when Seinfeld praises Einstein by saying, “Being a comedian and not trying to be funny is a very special gift.” Or when Silverman says Einstein was “like a one-man straight man” who basically served as his own singular comedy team.

This technique is also a great way to include many clips of him performing. For those who also grew up thinking Super Dave Osborne was the funniest person on the planet, there’s plenty of his inept daredevil to enjoy. (Though that character alone could make for an entire documentary.)

Based on the comments from everyone who knew him, Einstein would have wanted nothing more than for the film to focus on him being funny. His oft-referenced vanity and desire for praise make that clear. But even his egotistical need for validation is ultimately presented as compliment to his genius. No one who talks about his constant self-congratulations ever thinks less of him for it. The opposite, actually: It was a just another trait that made him so funny and endearing.

No matter how much of Einstein’s career you followed, in The Super Bob Einstein Movie you’re likely to see a performance of his you that haven’t seen before. Even some of his closest friends and colleagues in the doc are surprised by clips they’d never watched. And ultimately that’s what makes this a successful tribute. It shows why Bob Einstein could make audiences laugh for almost 50 years—but it also shows why he’ll be making them laugh for a lot longer.

In Yellowstone's underwhelming season finale, the Duttons re-join forces—whether they like it or not

How I Met Your Father review: HIMYM sequel lacks spark

Euphoria recap: Season 2, Episode 1, “Trying To Get To Heaven Before They Close the Door”